This organ represents one of the earliest instruments made by the company Rudolf von Beckerath, founded in 1949. 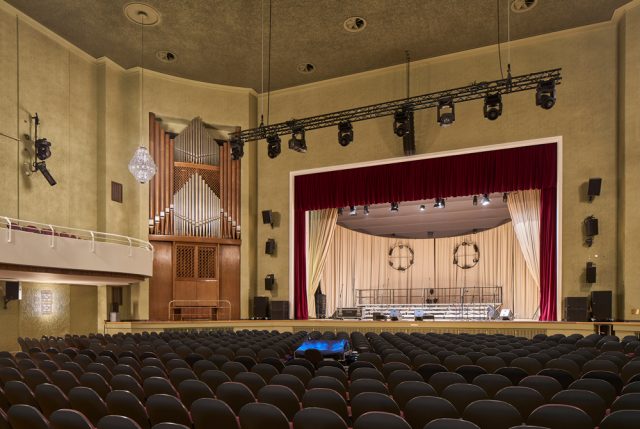 Being the third instrument produced by the company, it was built in 1951/52 for the Friedrich Ebert Hall, which comprehended approximately 1,100 seats. Particularly noteworthy is the setting system, especially designed for this instrument, which can be “programmed” via two drawers which are able to be pulled out, but otherwise – apart from the controls such as buttons and Pistons – are not visible. The neo-baroque construction principles are reflected in the disposition of Great, Chest, Upper divisions and pedalboard, as well as in the pipe scales and dimensioning of wind channels.