The organ in Christianskirche was built in 1744 and is in the housing of Arp Schnitger’s student Johan Dietrich Busch, which even now is visible. 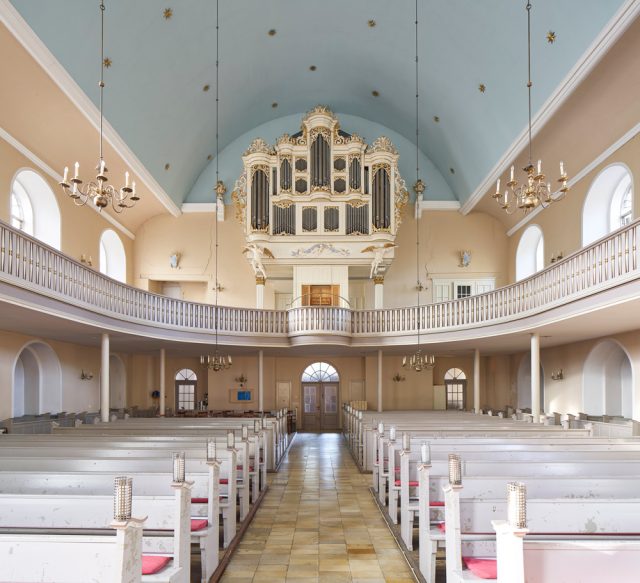 He used pipes from the organ that Gottfried Fritzsche had already created in 1630. Over the time, it underwent several transformations. In 1883 by the company Marcussen, from 1925 to 1929 by the Lübeck company Kemper (under the artistic advice by Hans-Henny Jahnn), and the reconstruction by the Hamburg company Rudolf von Beckerath Orgelbau after the Second World War. In 2003, the restoration was carried out by Paschen. Today, a late Baroque instrument rings in the Christianskirche, using old pipe material in the historical prospect.