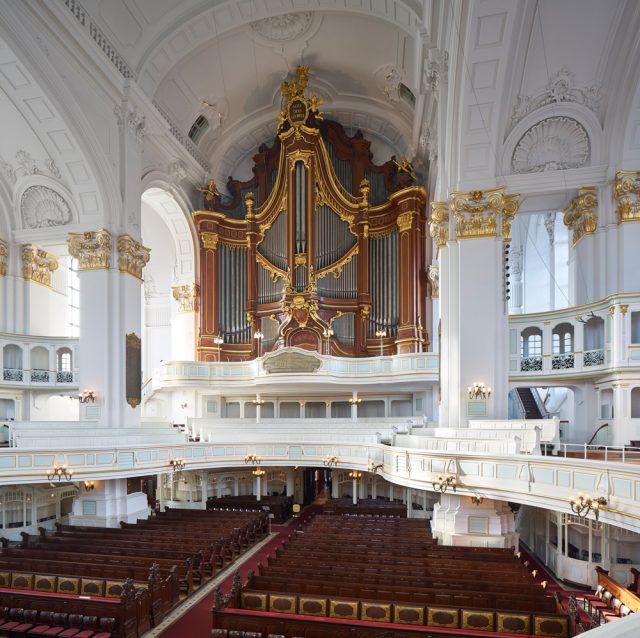 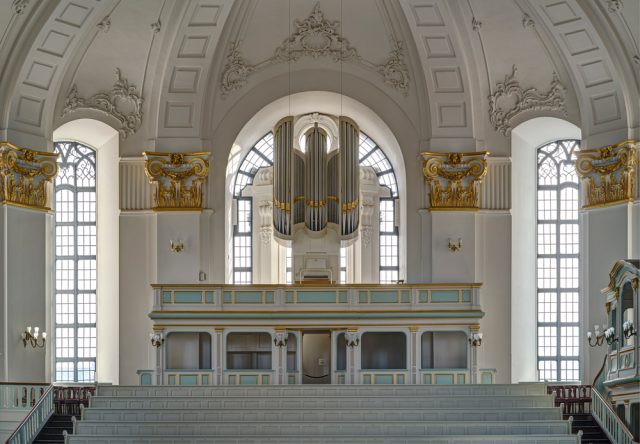 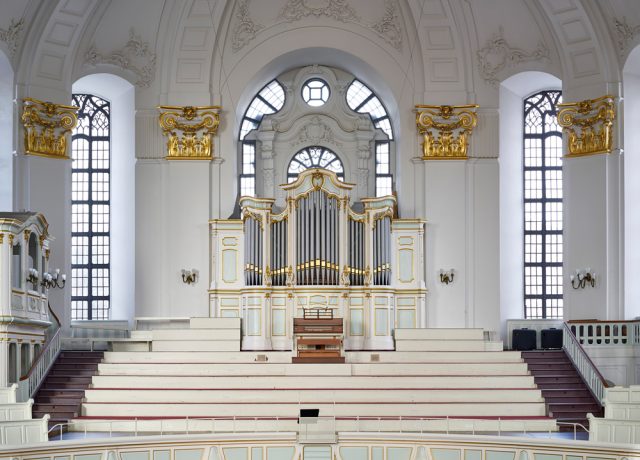 The great organ on the western gallery is the new achievement in 1962 of the world-famous workshop G. F. Steinmeyer & Co. The instrument was technically repaired during the maintenance in 2009-2010. However, the sound intention from 1962 remained completely intact.

In 1914 the company Marcussen & Søn from Apenrade built on the northern gallery the late-romantic concert organ with 41 stops. Due to major changes since its remodeling and expansion, the organ was reconstructed and restored in 2009/2010 by the company Klais.

The Echo can be found in the attic. The sound channel, about twenty meters long, transports the sounds to the ceiling rosette (sound hole) in the middle of the church ceiling, twenty-seven meters height.

From the moveable central console, these organs are able to be played together as a symphonic arrangement.

The organ dedicated to Carl-Philipp-Emanuel-Bach, positioned on the southern gallery, was built in 2010 by the Freiburger company Hartwig und Tilmann Späth. It can be performed as a solo instrument as well as an accompaniment for chamber works of early music.