The report of the organ built in 1708 by Arp Schnitger was written by the organ expert Vincent Lübeck. 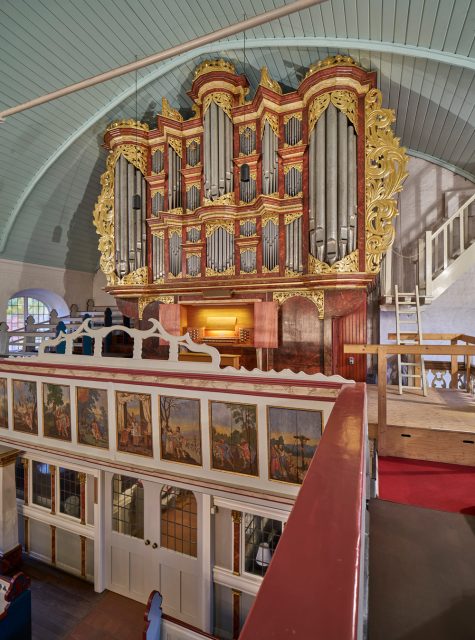 The organ possesses 30 stops with 2 manuals and pedal. Altered in its sound quality by Wolfsteller in 1811, Rother made conversion into pneumatic cone chest in 1911. In 1966, the organ was again renewed based on the Schnitger organ by Rudolf von Beckerath. 5 of the 24 stops, the façade pipes in Great manual and pedal, as well as the façade with elaborate carvings are still the remains of Schnitger.