The Welte-Funkorgan remains unchanged since 1930 in its place in Hamburg Funkhaus.
It belongs to one of the largest theater or cinema organs in Europe. 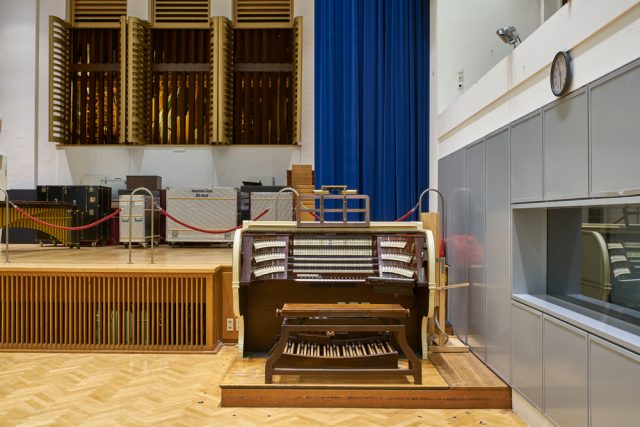 It became very well-known through the consistent broadcasting of organist Gerhard Gregor (1906-1981) with his regular live performances on the radio. The electro-pneumatic organ is built on the principle of the multiplex system. The pipes are divided into two chambers behind and under the stage. The special features of the Welte-Funkorgel includes its Jalousie-swell, the five tremulants for the whole organ, the high wind pressure and its percussion instruments. Among others, the chime, xylophone or large bells are struck electro pneumatically when played on a key. 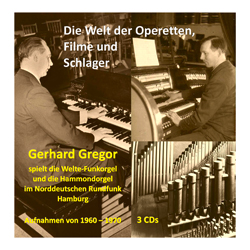 The content is not available.
Please allow cookies by clicking on Apply in the banner.
Michael Baron an der Welte-Funkorgel